Struggling carrier, Jet Airways has announced further tightening of its meal policies on-board domestic flights starting 7th January 2019. Passengers who are not Jet Privilege Gold or Platinum members and booked in Saver or Classic Fare classes will have to buy their meals on board. The complementary meals will be restricted only for Flex class in Economy. This has no impact on Business class guests, irrespective of the loyalty status.

The airline went live with its “Flight Only” fares on 12th October 2018. The airline in its press release claimed that this is to offer the freedom and flexibility to make their own travel choices. The airline has also taken away lounge access for all members traveling economy. Earlier it was available for JP Platinum and Gold for International flights and on domestic – for select fare classes, even when traveling economy.

To cope up with the increased number of passengers opting buy on board, the airline is refreshing its current set of in-flight offerings and would add more ready-to-eat menu options. The read-to-eat options (like maggi) have a longer shelf life and helps save wastage for the airline, which is trying to save every possible penny. 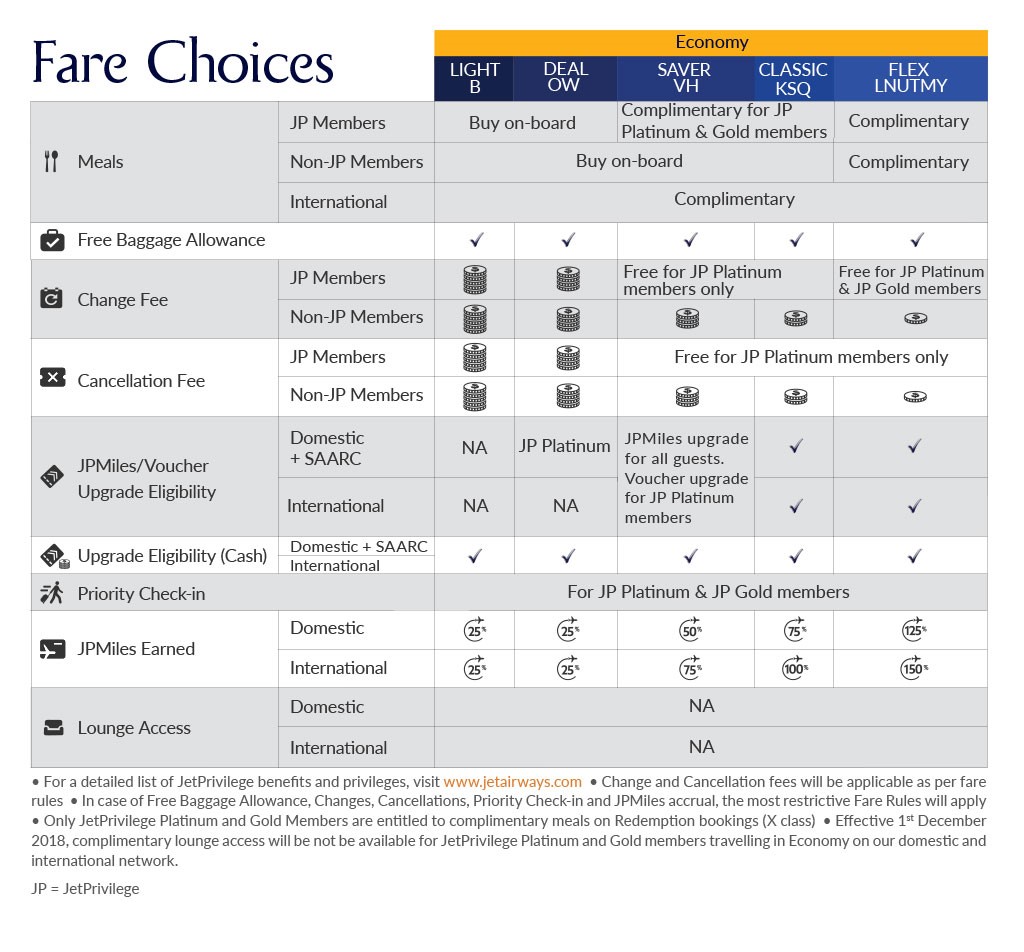 The bookings for such fare classes open from 21st December for travel beyond 7th January and all tickets till 21st December will be eligible for complimentary meals on board till end. This change further thins the line between a full service carrier and a low cost carrier and the airline is purely playing it on the ticket prices now, in an overly price sensitive market like India. Except for the miles earned, there will not be any difference in the operations of Jet Airways and IndiGo or Spicejet if you are flying economy class.