This will be the third flight by United to India. Fellow Star Alliance member and Indian national carrier Air India extensively services the United States with flights to New York, Newark, Chicago, Washington and San Francisco. Air India operates non-stop services between New Delhi and San Francisco, which began in December 2015 with 3x a week and ramped up to 6x a week in November 2016. The airline currently operates 9 times a week with a combination of B77L and B77W. 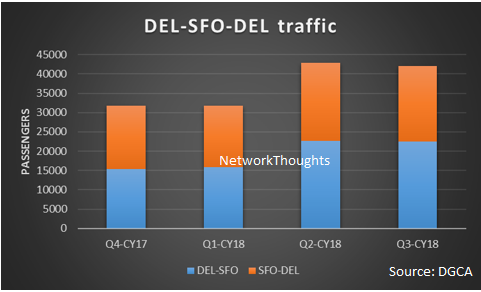 United will operate as below and effective 5th December 2019

With a lead time of close to an year, the airline will heavily market the flight and could be competitive option for the annual year end traffic.