Vistara, the TATA-SIA joint venture took delivery of its 1st Airbus A320neo and 14th aircraft in fleet today. The aircraft is registered VT-TNB. The airline had selected BOC aviation to lease 20 aircraft, 13 A320ceo and 7 A320neo in second half of 2014.

The airline which was running a social media campaign with hash tag #NotJustAnotherNeo announced the new features of the aircraft. Vistara’s A320neo features mood lighting, something which this blog had speculated on 20th March 2017.

Link to Blog: Vistara – Setting the tone for growth

The pre-defined lighting scenarios for different phases of flight use a carefully selected palette of colours and dynamic transitions to enhance the ambience and overall experience in the cabin. Besides, the airline has also introduced new boarding and landing music in genres including blues, jazz and carefully curated soft rock instrumentals that complement the atmospheric mood lighting.

The other changes include new seat bottom and seat back design, softer cushion and Vistara and Airbus A320neo logo on the underbelly of the aircraft. The in-cabin enhancements have been a result of extensive customer and frequent flier feedback. Business class and Premium economy class cabins feature a Aubergine and Gold color scheme along with softer seat leather and cushions. 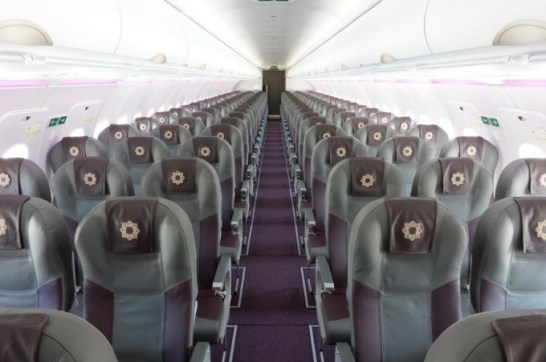 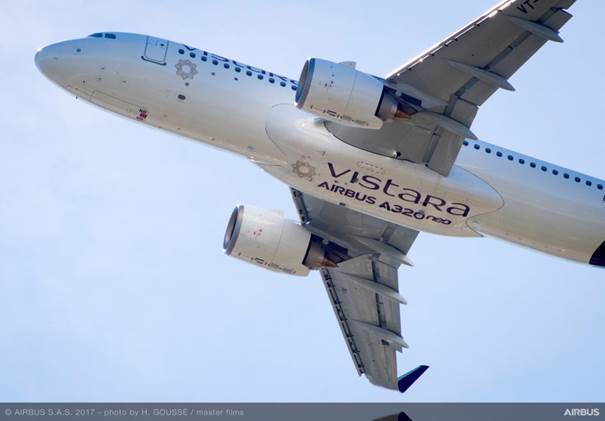 The Vistara aircraft is registered VT-TNB and flew for the first time on 12th May 2017 and had subsequent flights on 16th and 20th May under test registration F-WWBJ.

The airline opened reservation of new flights progressively from first week of May. Vistara is launching third daily Delhi – Pune service, 10th Delhi – Mumbai along with second frequency on Delhi – Amritsar and Delhi – Lucknow. The airline will also increase the frequency between Delhi & Bengaluru to five flights a day. The schedule is re-jigged to accommodate the new flights and adhere to Route Dispersal Guidelines. The airline will pull out of Kolkata – Bengaluru and Kolkata –Guwahati routes progressively.