When the trip was being planned, I had planned for a Dubrovnik – Dubai flight with FlyDubai and connect on Emirates back to Mumbai. This option was twice the cost of Dubrovnik – Zagreb – Dubai – Mumbai option. Either ways, it meant a new airline but with Croatia Airlines – it also meant a new airport and half the cost.

Option chosen, booking done. Croatia Airlines flight OU 663 to Zagreb from Dubrovnik. This option had enough layover to visit Zagreb city and be back for the next flight.

This was the return journey from a long holiday across multiple destinations,

Neither the PNR nor the E-Ticket number worked on the sites or mobile application to pull up the reservation. For a Star Alliance carrier, such a dysfunctional website with multiple pages popping up is not a great idea!

Dubrovnik airport is about 30 mins from the city and with our prior luck with drivers or taxis, we decided to be early, leaving the hotel at 0450 hours and reaching the airport at 0520 hours.

A couple of counters were operational. This being Saturday there were two back to back flights to Zagreb, with first departure at 0615 (Daily flight) and a Saturday only flight at 0650 (our flight). Check-in counters were dedicated flight wise and we headed for counters which were marked for OU663, which were relatively empty.

At 0540 we had checked-in. Baggage tagged to Mumbai, Boarding pass in hand and heading to security – throwing away the water bottle. Security was fast at this time of the day and there was a longer queue at the other side – which we figured out was for the only operational restaurant. We joined the queue for coffee and croissant.

We were still sipping coffee when the boarding announcement was made. It was 0600 hours and we thought it was for the 0615 hours departure, but it wasn’t! We gulped down the coffee and went to the gate, but it only meant that we went from once section to another!

Boarding (the aircraft) commenced at 0620 hours and we were on-board and seated in no time. The 19-year-old A319 was well kept and refurbished with recaro seats. At 0645 hours we pushed back and taxied to runway 12 for a rolling take-off. Flying time was 45 minutes and we were already up in the air when this announcement was made.

Service was a water run by smart and well-dressed smiling and efficient crew. There was another announcement by the pilot – about the route. We would fly over Bosnia & Herzegovina before re-entering Croatia and make a before time touchdown at Zagreb. It was one of the smoothest landings, ever! 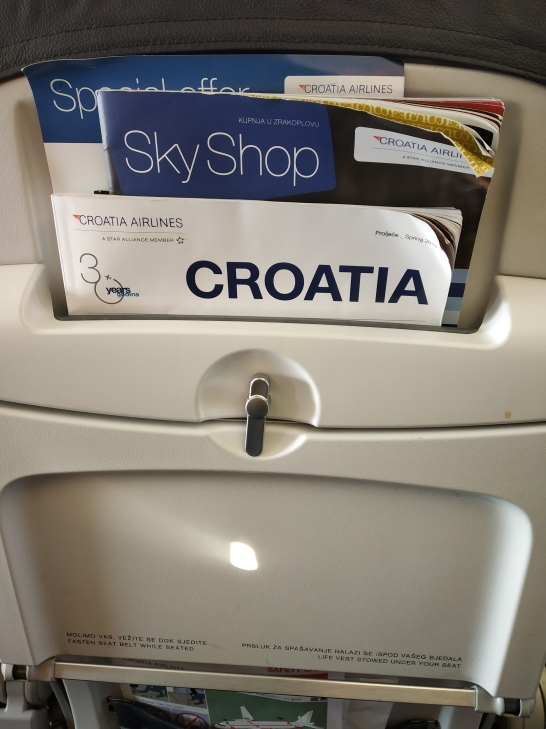 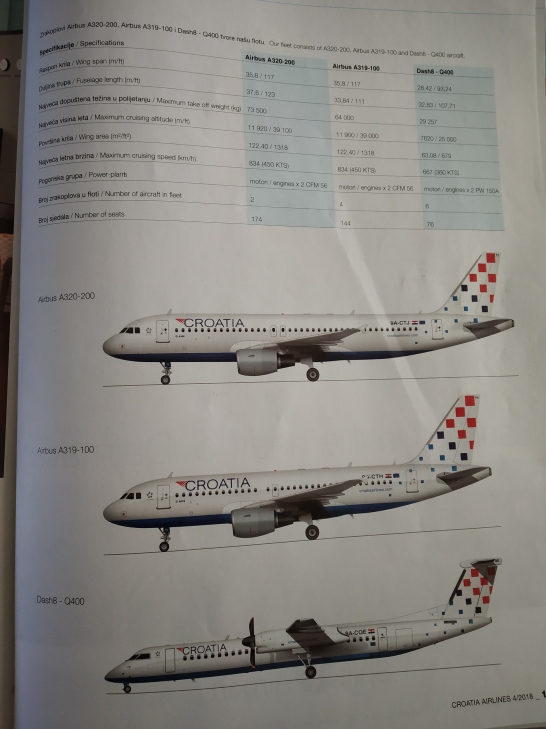 We parked at one of the aerobridge gates and deplaned quickly

We have been through this drill in the past. Bags are tagged, but there is time at hand and a valid visa. In Munich – the airline said they are not sure if we would be let in again and the same repeated in Zagreb. The airline staff said he isn’t sure if we can enter again without bags and go to Emirates counter directly. Confused and not wanting to take risk – we went straight to the lounge to wait for the Emirates flight. Hopefully, we did not miss much in Zagreb or will make a day trip when we plan a visit to neighboring Ljubljana sometime in future. 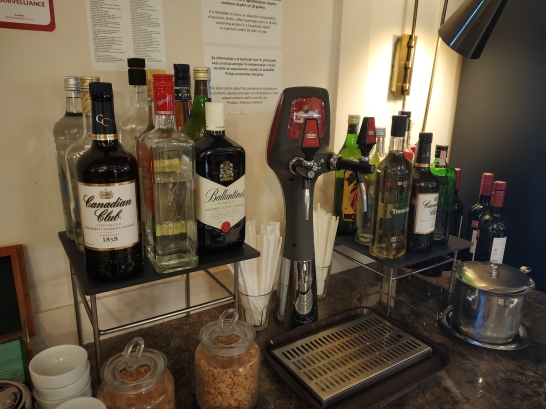 I wouldn’t mind. But I am not sure if the airline would be around until my next time! The airline is one of the many across the world looking for a buyer and the government has threatened to stop funding it if a buyer is not found!

One thought on “Croatia Airlines – Dubrovnik to Zagreb”