A cross country holiday was being planned and that involved few flights & train journeys. The first of which was till Coimbatore with either non-stop flights from Mumbai or one-stop ones from Pune.

The tickets were redemption of JP Miles from two different accounts and the online redemption process was smooth, efficient and hassle free. Seat selection was allowed and tickets emailed in no time.

The airline has increased its utilization many folds with swaps at metros for engineering requirements and evening departures to Gulf sectors. The Pune – Bengaluru flight operates after arrival from Kolkata via Mumbai. On the day of departure there was an additional flight being operated on Mumbai – Pune – Bengaluru with Jetlite aircraft.

Pune continues to be my favorite airport for its small size and speed. Typically 10 mins or less from the car to Security Hold Area. The expansion work is now over, yet the terminal is not sufficient for the city of this size.

The experience was pleasant, with an efficient & jovial gentleman checking the printout of boarding pass which we already had and tagging out luggage, which were a few grams overweight.

Owing to heightened security measures which involved removal of shoes, the security was relatively slow but efficient. The Security Hold Area was congested as ever with multiple flights supposed to land at 1030, when the airport opens for civilian movement. Over 7 flights depart between 1100 and 1125 and the airport just does not have as many chairs or standing area due to the small terminal. These include 3 IndiGo, 2 Jet Airways, 2 Spicejet and one each of Air India and Go Air.

Our aircraft landed on time from Mumbai and parked at Bay#3. Without any announcements Jet Airways started the boarding after a while. As we made our way in the line, some announcements were made.

Was aghast to see so many people click photographs of the apron and selfies, at a sensitive airport like Pune where photography is banned and a board mentioning this has been put up at various locations.

The initial impression was good with clean seats but dirty windows. Magazine placed neatly and the seat belt properly kept on the seat.

Doors closed late, despite the on-time arrival from previous sector. We eventually pushed back at 1140 hours and taxied to runway 28. An HS748 took off before us as we lined up on runway 28 and took off in westerly direction at 1150 to bank left and set course to Bengaluru. Capt. D.K. Chowdhary was in command.

Service started soon thereafter and the option we choose comprised of Egg & Noodle puff with average taste and moist and tasty slice of cake. The imli was around as well. Tea/Coffee services post that in which the crew served Tea when asked for coffee to me and the reverse to the neighbor. 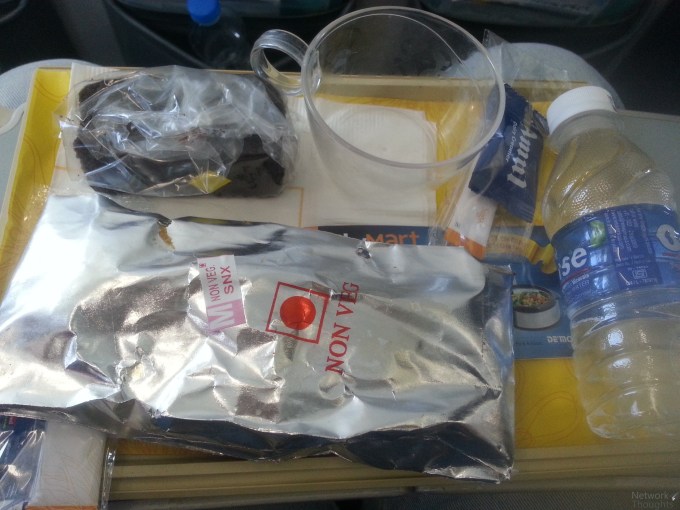 The First Officer announced on PA that we were cruising at 39000 feet and the flying time to Bengaluru would be 1 hour and 10 minutes. We started our descent about 30 minutes to touchdown and landed on runway 09 on-time at 1255 hours docking to an aerobridge.

The transfer boards near the arrival gate took us to a transfer desk on the ground floor where the CISF looked clueless. When informed that we do have our boarding pass, they started the work. Lady staff was missing, which meant more time for the wife to clear the security as the ladies line waited for CISF lady staff to appear.

Two gentlemen of CISF were not able to manage the whole screening process and a crowd of 8 became too much to handle for them. 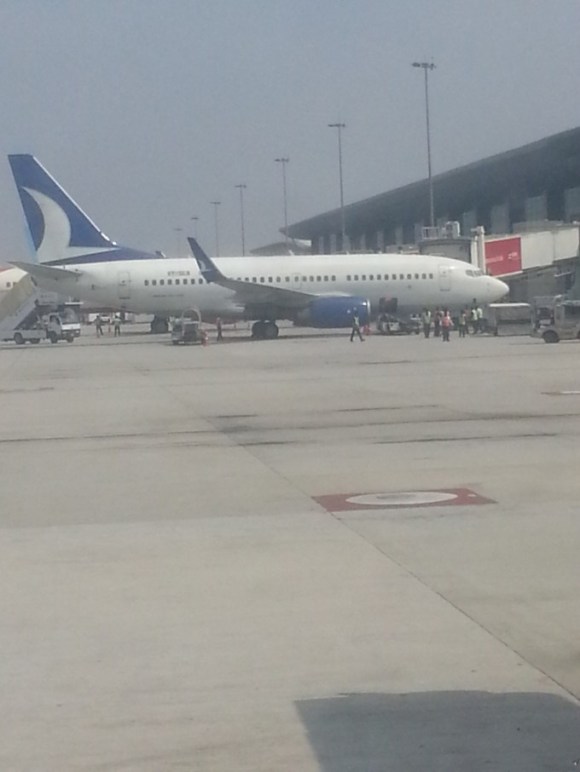 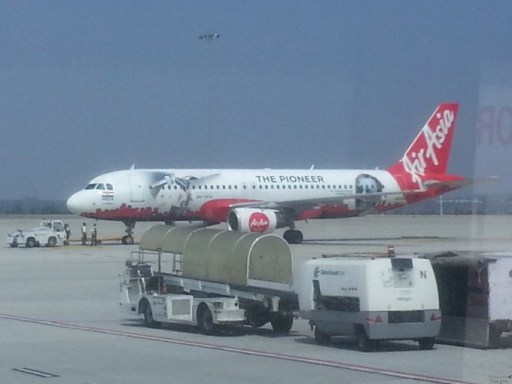 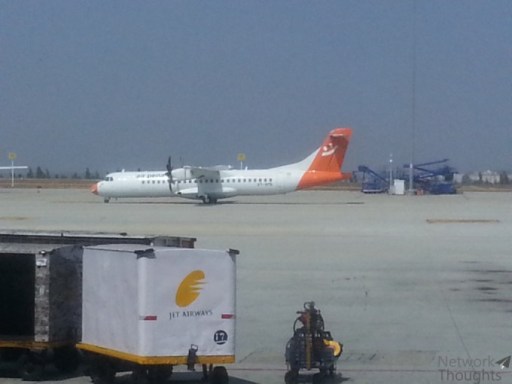 BIAL support staff was around and strangely did nothing to help the whole process. Surely some improvement needed here from BIAL.

As we made our way to the first floor, the flight was already boarding and from the ground floor. The bus took us to Bay#26, where VT-JCK was already filling up fast. We boarded at 1335 for a 1345 departure. Other passengers seemed to have boarded a long time ago since many were asking the Flight Attendants as to why we continue to wait. The reason for the wait was more connecting passengers.

This wait was very uncomfortable since the aircraft did not have the any air circulation and it was very hot inside.

Eventually doors closed and we commenced pushback at 1350 hours and taxied to runway 09.

The Captain came on PA post take off to inform that we would make it on-time at Coimbatore and would cruise at 16000 feet. Before landing there could be some turbulence.

Meal service started soon and on offer was a paneer or chicken puff, which came in a box along with Imli and a moist muffin. Wish the airline had offered Juice instead of muffin or in addition, since the sector does not have tea / coffee service and the whole food option is too dry. 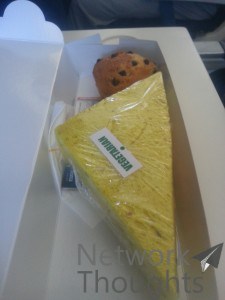 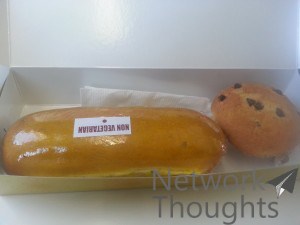 We commenced a short descent into Coimbatore and saw the city and also the airport. We landed on runway 05 and taxied to the bay where the busses were already waiting for the passengers. Luggage followed soon after. The airport is small, clean and sufficient for the city by the looks of it.

Will I choose Jet Airways again? The airline is rapidly changing and my acceptance is going up than what it was before